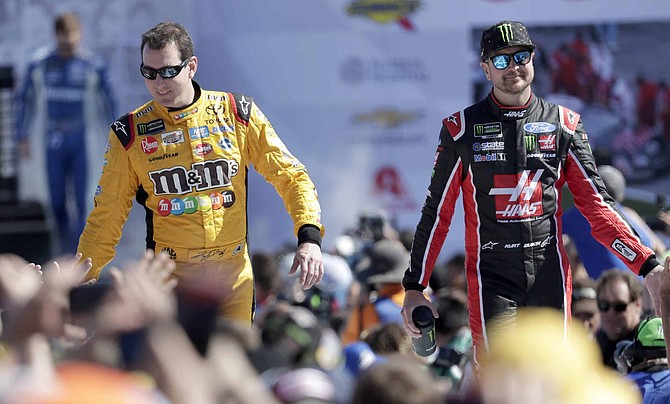 FILE - In this Feb. 18, 2018, file photo, Kyle Busch, left, and Kurt Busch, right, greet fans as they are introduced before a NASCAR Daytona 500 Cup Series auto race at Daytona International Speedway in Daytona Beach, Fla. The Busch family hobby came full circle at Las Vegas Motor Speedway, where Kurt finally won for the first time in his career Sunday, Sept. 27, 2020. The victory came about 24 hours after his nephew, Brexton Busch, won his first race at a track in North Carolina. The 5-year-old son of reigning Cup champion Kyle is being developed by Tom Busch, who molded his own two sons into NASCAR champions. 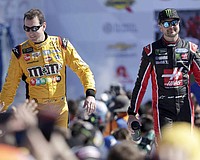 LAS VEGAS — The racing bug hit the Busch family long before the NASCAR champion brothers were born. Their father attended the first Daytona 500 in 1959 with his parents, and later, while working as a mechanic at a Las Vegas car dealership, he decided to try racing at the local short track.