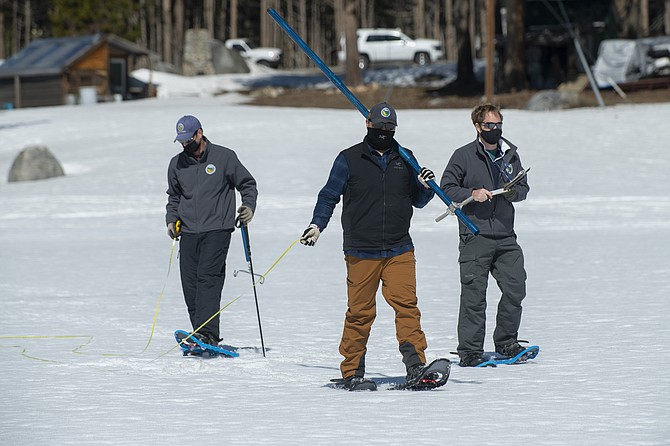 Aided by John Paasch, left, and Anthony Burdock, right, Sean de Guzman, chief of snow surveys for the California Department of Water Resources, prepares to check the depth of the snow pack during the fourth snow survey of the season at Phillips Station near Echo Summit, Calif., on Thursday. (AP Photo/Randall Benton) 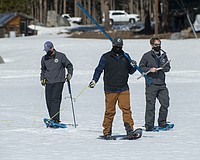 The water content of California's Sierra Nevada snowpack was measured at 59% of the April 1 average, when it historically is at its peak, the state's chief of snow surveys and water supply forecasting said Thursday.