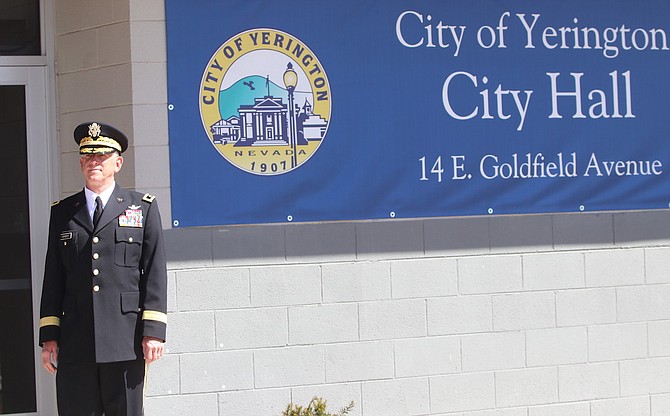 Retired Maj. Gen. Robert Herbert stands in front of the Yerington City Hall, which is named after the longtime Nevada guardsman. 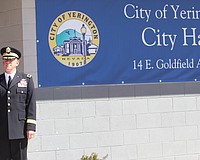 On a spring-like Wednesday morning in Yerington, retired Maj. Gen. Robert Herbert mingled with friends and fellow guardsmen he hadn’t seen in years.