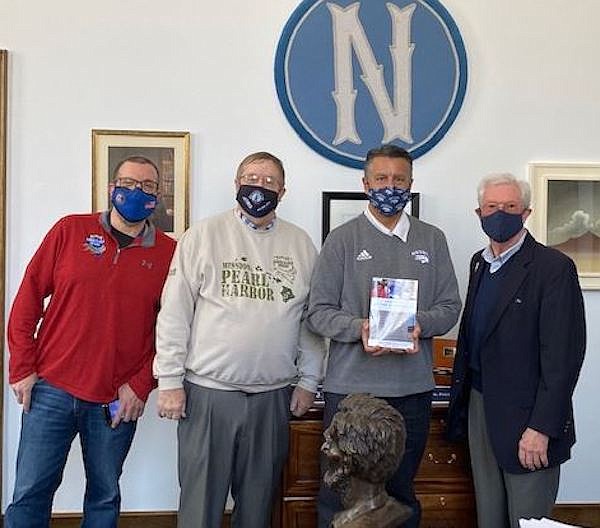 Two of the authors of “Legacies of the Silver State,” Steve Ranson and Ken Beaton, recently presented a copy of the book to former Gov. Brian Sandoval, now president of the University of Nevada, Reno. From left are Jon Yuspa, president and founder of Honor Flight Nevada, Ranson, Sandoval and Beaton. 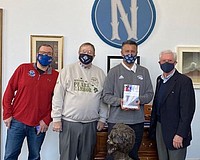 Since its official rollout on Veterans Day 2020, “Legacies of the Silver State: Nevada Goes to War” has been well received in Northern Nevada judging by its initial sales.