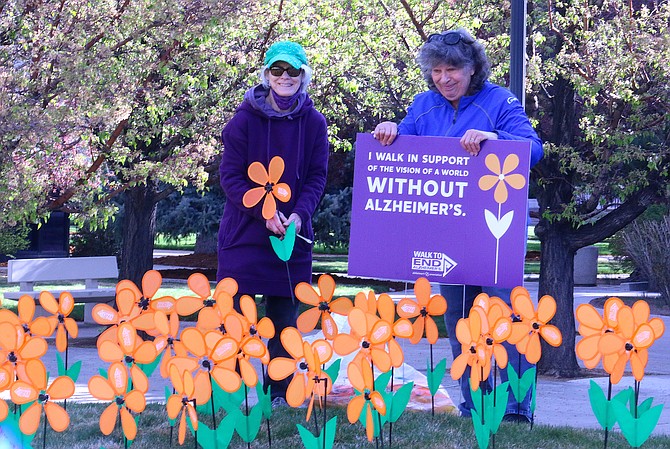 Northern Nevada Walk to End Alzheimer’s volunteers Barbara Stockton and Mary Torbik set up pinwheels and signs for the organization’s Promise Garden display in front of the Nevada Capitol on Thursday to raise awareness about the need for more support for patients, caregivers and anyone impacted by dementia. Stockton was diagnosed with mild cognitive impairment in 2017. (Jessica Garcia/Nevada Appeal ) 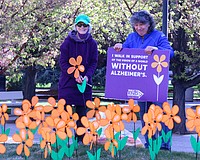 Northern Nevada Walk to End Alzheimer’s volunteer Barbara Stockton first had a psychologist tell her she was developing the beginning stages of Alzheimer’s in 2017.