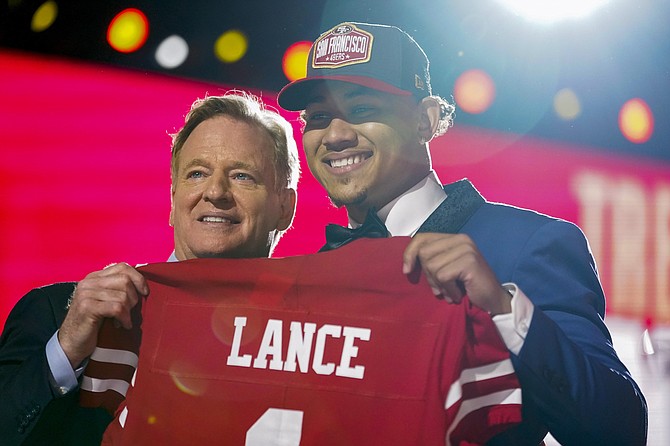 North Dakota State quarterback Trey Lance, right, holds a jersey with NFL Commissioner Roger Goodell after being chosen by the San Francisco 49ers with the third pick in the first round of the NFL draft in Cleveland. (Photo: Tony Dejak/AP) 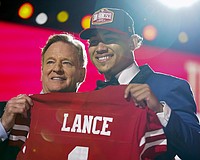 Joe Santoro: Now is the time to get nervous, 49er fans

The San Francisco 49ers are going to put their future in the hands of a North Dakota State quarterback.