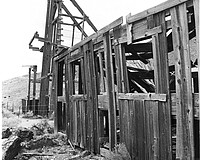 The Nevada Traveler: A visit to the ghost town of Rochester is worth the effort

It’s difficult to believe that about a century ago, a nearly continuous string of mining camp structures once stretched for more than two miles through Rochester Canyon, which is located about 10 miles southeast of Interstate 80 at the Oreana exit. 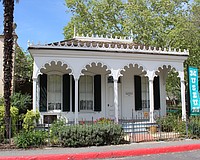 The Sharpsteen Museum in Calistoga celebrates not only the rich history of its home community but the interesting life of the museum’s founder and namesake, Ben Sharpsteen, a longtime Disney animator, director, and producer. 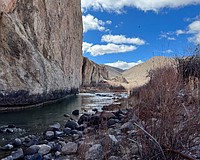 The Nevada Traveler: The sweet surprise that is Wilson Canyon

Wilson Canyon is a narrow rock passageway in the Singatse Range, which separates Smith Valley from Mason Valley in Western Nevada. Stretching some three miles, the canyon is an unexpected scenic treasure that is also popular with off-road vehicle enthusiasts.

The Nevada Traveler: Glimpses of early Reno found in the Powning’s addition neighborhood

In recent years, more and more attention is being paid to a Reno neighborhood known as Powning’s addition. Directly west of downtown Reno and north of the Truckee River (roughly bordered by Keystone Avenue, Commercial Row, Arlington Avenue and Riverside Drive), the area contains some of the community’s most historically significant structures. 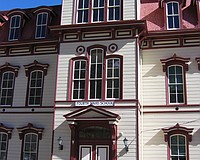 One of the most impressive historic structures still standing in the old mining town of Virginia City is the community’s majestic Fourth Ward School. 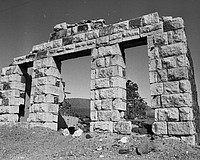 Wandering the handful of ruins in the old mining town of Candelaria, it’s hard to believe the town once boasted some 1,500 residents and its mines produced more than $1 million per year in ore.

In 2008, the historic railroad town of Wells, located on Interstate 80 about 45 miles east of Elko, was changed forever. That day a devastating earthquake struck the community of about 1,200 people, damaging many of the town’s most historic buildings. 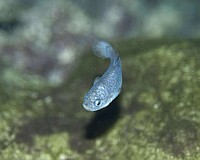 The Devils Hole Pupfish is a small blue thing. Measuring only about an inch long and often lacking pelvic fins like other pupfish, it has been described as “tiny and wimpy.”

The Nevada Traveler: Sodaville: Home of the rare and once endangered milkvetch

You also can’t find Pepsi or Mountain Dew or any other brand of soft drink. Despite its frothy name, Sodaville owes its existence to the presence of two mineralized hot springs that flow in the area (hence the name) and a railroad’s need for a station in the area. 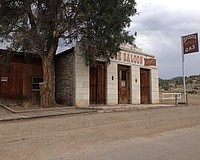 The Nevada Traveler: The mining town of Ione was original seat of Nye County

There’s a sign at the entrance to the old mining town of Ione that proclaims it as “The Town That Refused to Die.” And it just might be true.