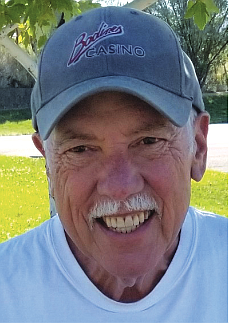 Reuben Bob Silvas Jr, age 72, passed away March 26, 2021 in Carson City, NV where he has been residing for the past 14 years with his wife Sharon of 30 years. Reuben was born in Fresno, CA to Reuben and Lucille (nee Williams) Silvas.

Reuben served in the United States Army during the Vietnam War.

He lived in Southern CA, Las Vegas and Carson City, NV. He was in the gaming business as a craps dealer in Las Vegas for 10 years and poker dealer, floor supervisor and poker tournament supervisor at The Bike in Bell Gardens, CA for 24 years. After moving to Carson City, he became the manager of the poker room at Casino Fandango.

Reuben’s passion was his two dogs, Rocky and Mojo. They were his life; he loved people and his church St Gall. Reuben loved to play at the casinos, his favorite, Bodines. Reuben was a positive role model for his family, tried to live up to his morals and spread the word of God. His last request was to give to the poor.

Reuben will be missed by many but mostly by his wife and two dogs.