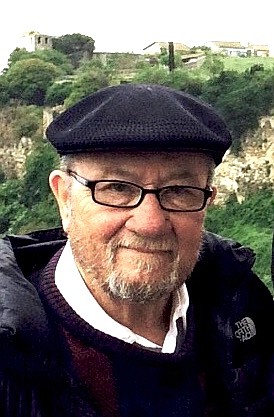 Bruce passed away March 6th due to complications from Covid pneumonia. He had a love of life and for his family and friends. He was born to John and Irma Reavis on August 11, 1939, in Scottsbluff, Nebraska, and attended elementary school in Gering, Nebraska, and graduated Gering High School in 1957. He then joined the US Navy and was stationed in Pensacola, Florida, and Key West, Florida, where he was a dental technician.

Bruce enjoyed golf, pheasant hunting, traveling, and spending time at his beach house in Baja. He married his high school sweetheart, Peggy Swift, July, 30, 1961 in Scottsbluff, NE. They then went to Southern California where he attended El Camino College, Cal State LA and Woodbury Business College. He moved to Gardnerville in 1969 and was employed by
John Limb CPA and was CFO for John’s Tahoe Nugget, the Ormsby House, and Bing Materials. He was a member of the Carson Valley Methodist Church and past member of Rotary International.

Bruce is survived by his wife, two daughters, Kimberly of Portland, OR and Lisa of Gibraltar, a brother Lee Reavis of Omaha, NE, and several nieces and nephews. He was preceded in death by his parents and brother, Mickey Reavis.

A memorial service will be held at the Carson Valley United Methodist Church on April 21 at 11:00 am with Pastor Tony E. Hoefner officiating. The memorial will be live streamed and available to watch on YouTube -search “CVUMC Len”.