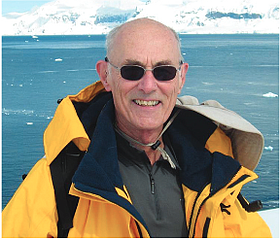 Douglas Coats, Founder and Chairman of the Board of Software and Engineering Associates, Inc., died peacefully at his home in Carson City, Nevada, on 7 August 2021, after a long battle with cancer.

Douglas Ernest Coats was born 2 November 1941 in St. Paul, Minnesota, to Louis David “Bill” Coats, Sr., and Ouida (Moulton) Coats. The family lived in the mid-west, mostly in Perry, Iowa, until 1951, when they moved to North Carolina.

By his high-school years Doug had developed an interest in rockets and constructed several small ones himself. Then, at North Carolina State College, where he earned his B.S. degree in mechanical engineering in 1960, he became interested in propulsion engineering. One of his professors encouraged him to pursue a career in rocket propulsion. And he did.

After graduation, Doug moved to California, worked for TRW and attended the University of Southern California where he earned an M.S. degree in Aerospace Engineering in 1967. In 1975, he and a fellow engineer had formed Software and Engineering Associates, Inc.,
in Santa Ana California. They moved the corporation to Carson City, Nevada in 1985, and Doug had maintained his association with the company until his death. Doug’s success in his endeavors were due not only to his own business and aerospace acumen, but also to his
ability to attract the finest colleagues to work and consult for his company and who are now continuing the Software and Engineering Associates Inc. legacy.

Doug’s publications include over 100 technical reports, meeting papers, and journal articles. In 2019 JANNAF (Joint Army, Navy, NASA, Air Force), the Interagency Propulsion Committee, presented Doug with a Lifetime Achievement Award “in recognition of over 30 years
of outstanding leadership and technical contributions.” He and the SEA team codes and “contributions to the industry and state of the art have stood the test of time.”

Throughout his life, Doug liked to read and especially liked science fiction. Early in his post-college life he did skydiving and completed over thirty jumps. He loved to travel and had been all over the world, some of it for business, some for seeking adventure in skiing, biking, and hiking. One of his early skiing goals was to ski on all seven continents, and he made it to six.
More recently, he trained for and successfully climbed Mt. Kilimanjaro. Doug and his wife Judi enjoyed many hiking, biking, and camping adventures in the US and around the world, sometimes with friends from the Reno Ski and Rec Club and the “R Gang” and at other
times, just the two of them. Doug rode his bicycles (regular and ebike) through his 79th birthday.

Doug is survived by his wife, Judith Epstein, and daughters Alexandra Coats and Victoria Coats. He is also survived by a brother, Louis David Coats, Jr., and two sisters: Deane Dierksen and Donna Sevilla. He was a man who lived a full life and will be missed by family and friends.