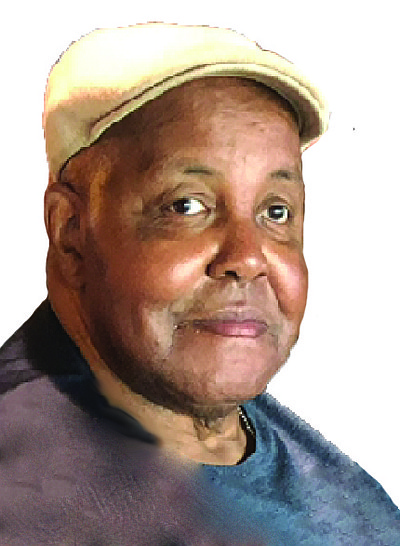 Most loving referred to as “Big Doug”. Doug died Monday November 29th, 2021 with his family by his side. Leaving behind loving families in Carson City, Nevada, and the Richmond, Missouri area. His family was not ready to see him go, but Doug was tired and needed to find his peaceful place with his maker.

Doug was born June 27th, 1947, in Richmond, Missouri. Doug spent nearly 50 years in Missouri and 24 years in Nevada. Along with all the people he touched, his proudest moments in life were with his family and friends. Doug shared his life for the last 25 years with Mary DeLorme, also of Carson City, Nevada. He swooned Mary by singing in her ear some Al Green melodies. At the time, Doug was working security at the Job Corp Center in Minot, North Dakota. Together they raised their son Nevin Ray Elliott of Carson City, Nevada. As a family we were able share all of his glory during his heyday and had the honor of lovingly supporting him physically during their last years together. Always ready for the next road trip or family adventures either by plane, boat, RV or car to places like Hawaii, Jamaica, or Paradise Point welcoming the adventure from the life in Carson City.

Doug’s life started when he was born in Richmond, MO. He was born to Maurice Jackson (deceased) and Victoria (Elliott) Douglas (deceased). Doug’s love and admiration for his mom were present in everything Doug did, molding him into the man he was. Doug had a special bond with his maternal grandparents, Maddie and John “Buck” Douglas, both deceased. Doug tributes Buck for giving him the tools, guidance, and inspiration to work hard and be the best man he could be. Buck taught him to have a positive attitude and always treat others well. Doug considered Buck to be more like his father than a grandfather. Doug also lost his brother Kevin Ray Elliott in 1995 and always knew he would see him again. Doug admired Kevin for his artistic ability and wished he would have known his namesake Nevin Ray Elliott, born a few months after his passing.

Doug radiated when he talked about his pride and joy, which was his great-grandchildren. Amir Allen of Norborne MO, RJ Mabery, Santierra Taylor, Ryatt Mabery, all of Parkville, MO, and Amaris Elliott of Gladstone, MO.

Family was important to Doug, and his special cousins were just like siblings. Linda Waters, Yvonne Walker, Jay Douglas, and Vanessa Schuman all who reside in the Kansas City, Missouri area.

Of course, the Nevada family didn’t know him his entire life, but we heard the stories of how sports impacted his life as well as how his cherished Missouri memories made him into who he was as a man and father.

Doug will always be best remembered for his genuine heart, his gentle spirit, his kindness, his passion, and his love of sports. Throughout Doug’s life he devoted his time to helping children thought sports and leading by example. He knew that change is made by example and not through opinions. Doug gave youth an equal chance to participate in sports and he developed each one through a positive mindset targeting their mind, body and spirit through sports.

Doug was an avid animal lover and left a few pups behind Zoey, Jazzy, Maggie, and kitty cat Stormy Daniels who are already missing his special treats.

Doug spent many years coaching Nevin’s teams in Baseball and Pop Warner football in Carson City. Touching so many young athletes and always being a positive example of sportsmanship. Mostly, if you knew Doug, you knew his best gift was the ability to tell a good story or maybe two.

Doug also had an affinity for his remote control. Doug was a rare combination of someone who loved life every day while having an understanding of what was important — the simplicity of living a life with those you love. All that mattered was that his family was happy.

In Richmond, Doug graduated in 1965 from Richmond High. He is best remembered for his gifted athletic prowess in football, track, and baseball. Being a mere 300 pounds in high school, Doug was a medaled sprinter. The story still is told today about how far he hit a baseball, “all the way to the armory”- a very long way! Or when his son Jerry could almost outrun him in high school when Jerry was half his size. Doug was a gifted athlete who had the chance to spend some time with the Cincinnati Bengals—following that, and he became one of the most sought-after fastpitch pitchers.

Hurling a ball over 100 mph all across the world and pitching his final game when he was 50 years old. Doug was also responsible for starting the Little League Program in Richmond. But my fondest memory of Doug and perhaps his greatest gifts were storytelling, making a mean sandwich, and meeting new people to have over to the house for dinner. A favorite time for Doug were the visits from his friend John Nolan, and Christmas feasts with John, Matt, and Tyler sharing special dinners with him at his table.

Although, Doug did throw some of the most memorable BBQs in the yard after some hard-fought sports games. Still, Doug ultimately cherished the fellowship from the athletics and the friendship with the coaches that partnered with him in the weekly battles on the gridiron. Doug realized that if you broke bread with people, they would be friends for life. He had a lifelong love affair with ribs and tri-tip or anything fried.

Doug spent his early career working construction with his grandfather Buck. Buck was the role model Doug needed. Doug’s life had many jobs, from construction to security, always saying he would do whatever it took to support his family. So for fun, one of his last jobs he has throwing newspapers for the Nevada Appeal and taking Nevin’s friends along to meet the “Donkey”.

Doug’s life was encapsulated by his ability to find a way to live his life the way Doug chose to do it -- on his terms. He did not hold court to be concerned on how things looked or what people thought, and he just did it his way.

SERVICES WILL BE HELD AT WALTON FUNERAL HOME 1281 NORTH ROOP STREET CARSON CITY, NV, Saturday, December 11 at 10:00 a.m. Please share in this celebration of Big Doug’s life, so come with a story to share, and we will break bread after the service at his home. The address provided at service. Doug will have a Missouri Service at St. Johns CME Church in Richmond, MO, on December 18th at 12:00. Interment will follow at the Richmond Memory Gardens. Please donate to a youth sports team of your choice in place of flowers.