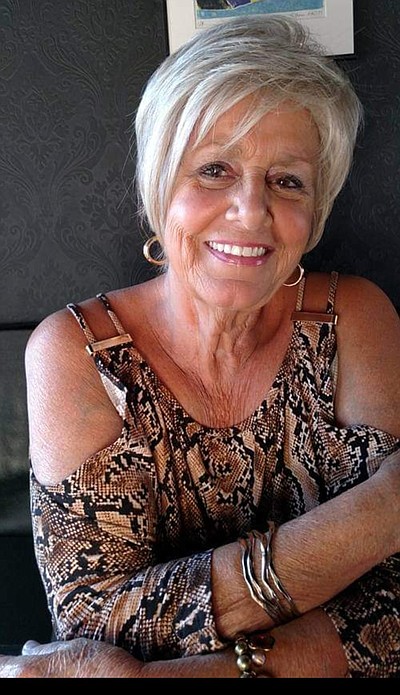 Margaret Gay Carter (MarGay) passed away unexpectedly on October 29, 2021. She was born
in Inglewood, California on December 10, 1942, to Jack D. Carter & Kathleen E. Carter. She leaves behind her loving husband, Keith Davies, and her four children. MarGay spent her childhood in Northern Utah before moving to Carson City, Nevada in 1959 as a teen. She married while there and had her children, Roy Giurlani (Susie), Gina Johnson, Sean Giurlani
and Scott Giurlani (Tricia).

While in Carson City she became a respiratory therapist, working at the local hospital, and later went to work for the City Manager at that time. After leaving Carson City MarGay spent time working in Utah and California but settled in Arizona where she met & married her husband, Keith. She worked in the financial sector of Motorola until her retirement, during which time she was a golf enthusiast for a number of years.

MarGay was an exceptional baker and cook. She and Keith loved entertaining their family and many friends. There was always an abundance of delicious food and sweets that she would package up to be enjoyed by those lucky guests to take home. She was an avid reader and explored her artistic side drawing and painting. She was also a talented craftsperson and
loved to travel. She and Keith made many trips back to his home country of Wales, where they had family and many friends who considered her another Brit. She also enjoyed adventures throughout the United States, other European countries, and toured Italy, China and Mexico.

In addition, MarGay is survived by her brother, Bruce Carter (Kathy); her sister, Celia Nase; and her 7 grandchildren: Joshua & Bethany, Connor & Matthew, and Caitlyn, Jacob & Rachel.

At MarGay’s request there will be no formal funeral arrangements. She would hope her friends and family would raise a glass to her in toast of a life well lived. MarGay will be missed by everyone she touched and had the pleasure of sharing in her life.