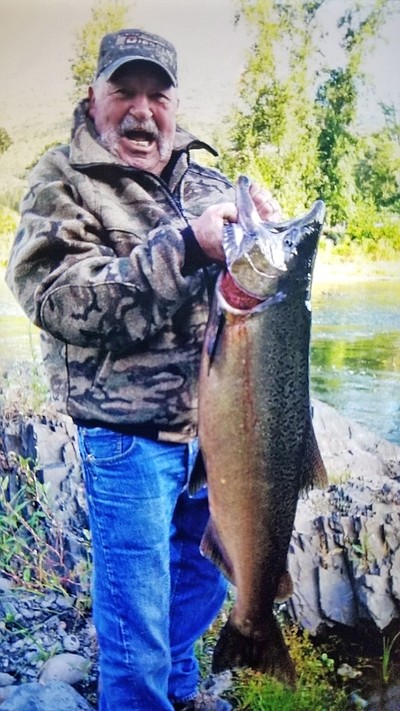 Cliff Heaverne passed away in his home December 28, 2021.

Clifford Jackson Heaverne was born in Joseph, Oregon on July 24,1943. His family moved to Nevada when he was very young, and he grew up on various ranches where his parents worked. He fell in love with flying as a young boy when a local pilot would take him in his
airplane to round up wild horses.

He joined the Army straight out of high school in 1961 and served as a pilot, both flying and instructing until he was honorably discharged as a Captain in 1973. He flew for the pipeline in Alaska before becoming a Nevada Highway Patrol Officer in 1976. He eventually went on to
own his own helicopter company gathering wild horses, predator control, and flying on-call charter flights.

Cliff loved to tell stories, travel, and make friends. He has said that life is the greatest adventure and he lived it to the fullest.

He is preceded in death by parents, Pat and Reta Heaverne, sons, Michael Scott and Robert Emmett Heaverne, and sister Patricia Jean Norcutt.

A graveside service will be held on Friday, January 7, 2022 at the Churchill County Cemetery 11:00 a.m. with a reception following the service