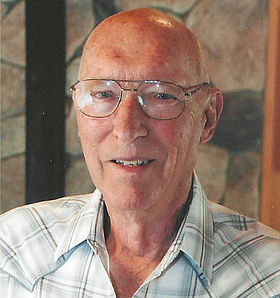 John J. “Jack” King passed away June 12, 2021. He was born to Robert and Esther King November 3, 1933 in Huntington Park, California. He grew up in Yucaipa, California, and graduated from Redlands High School.

In 1956, Jack came to Carson City to look for a ranching job. Instead, he was hired at the Department of Transportation. He had one week to pack up his family, which now included their son, Dan, and move to Carson City before starting his new job. He worked for NDOT for 33 years before retiring.

After retiring, Jack and Alice enjoyed traveling, mostly, but not entirely, visiting family in California and Utah. Some of their most memorable trips were to Yellowstone National Park and cruises to the Caribbean and to Mexico.

Jack was preceded in death by his parents, his brother, Robert E. King, Jr., his great-granddaughter, Layla Blakeley, and his son-in-law, Tom Friend.

Private burial was held at Walton’s.
A celebration of Jack’s life will be held October 9.