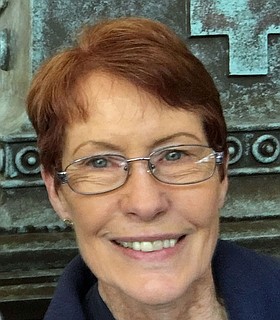 Barbara “Barb” Foremaster, age 74, passed away at home with her husband and daughter by her side.

She spent her first 3 years at her father and grandfather’s gold mining claim at Relief Hill near Grass Valley. The family moved to Sacramento from there then Loomis and finally Penryn where she graduated from Del Oro High School in Loomis June 1965. It was in Penryn where she met her future husband, Melvin “Mel” Foremaster who was in the Navy and attending Electronics Technician School at Treasure Island, Ca with her brother Loney Mellott. They began dating in November of 1963 and were married in Auburn, Ca in October 1964.

When Mel’s Navy enlistment was up, the two of them moved to Roseville, CA and then Rocklin, CA where Mel enrolled at Sierra College majoring in Electrical engineering for 2 ½ years. Barb enrolled as well during their last year there majoring in a secretarial curriculum. They moved to Reno for her husband’s last two years of college and started her first job in her career at Harris, Kerr Forester CPA firm as a receptionist and statistical typist. Her typing skills were a godsend for her husband as she typed all his English papers.

Upon Mel’s graduation from college, they moved to China Lake, California where Mel was employed at the Naval Weapons Center. Barb went to work there as well a few months later and over their time there held several positions of in-creasing responsibility. She took 5 years off at the birth of her daughter and two years later her son. She developed a large number of friends there during their 21 years at China Lake/Ridgecrest.

While at China Lake, Mel took a temporary assignment as the Science Advisor for 7th Fleet and moved the family to Yokosuka, Japan for June 1987 to June 1988. There she took advantage of opportunities to visit many countries in Asia including Korea, Hong Kong, Singapore, Thailand, Malaysia, and China.

Her husband then took on a job in Fallon, Nevada as the Technical Director of the Strike Warfare Center. Barb was employed there as well by the new Family Service Center as the office manager and eventually their office automation assistant. She retired from Civil Service in September of 2000 after 22 years of service. A few months later she went to work as a contractor for the Joint UAV Program for the 3 years of its life.

Barb loved camping, fishing, hiking, deer hunting, traveling. Nearly all her summer vacations were spent in the eastern Sierras and northern Nevada camping, fishing and hunting. At China Lake, she demonstrated her athletic skills on the racquetball court and running in a couple 10-mile races.

She was Mel’s soulmate and best friend for 56+ years. Through their life together, it was never about her, it was always about us! Barb was a wonderful mother to her children and dearly loved her grandchildren. She will be sorely missed by all who knew her.

Because of existing COVID-19 restrictions, Celebration of Life for Barb will be held in Fallon, NV on July 31st at a place and time to be determined.