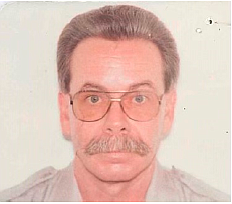 Robert E. Orr, age 73, died on Thursday February 18, in the comfort of his home in Minden, NV. He was surrounded by several loving family members and his beloved pets.

Bob was born in Escalon and raised in Farmington, Ca. After graduating from Escalon High School, he attended and graduated from Delta College, where he met his wife of 52 years Mary.

Shortly after college he joined the United States Marine Corps Reserves and continued to serve as a Marine reserve after being hired as a deputy sheriff in 1968. He attained rank of sergeant during his service with the marines and received an honorable discharge in 1973. His career as a deputy for the San Joaquin County Sheriff Department spanned over 33 years.

When not spending time with his family, Bob spent his free time fishing, hunting, metal detecting and studying history. Bob and Mary moved to Minden, NV in 2001 after retiring from the Sheriff’s office.

Bob is preceded in death by his mother and father.

A memorial service and reception will be held at 1:00pm on Saturday, March 20, in Minden, NV at the home of Bob and Mary.

The Orr family would like to sincerely thank the Compassion Hospice and the caring staff that was so helpful during the last days of Bob’s life.

In place of flowers, donations to the following organizations would be lovingly appreciated.