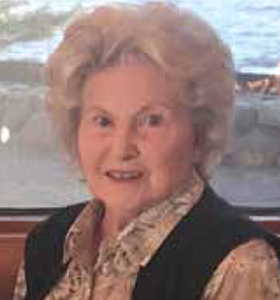 Morene L. Simon of Gardnerville, Nevada passed away Tuesday, April 20, 2021 at the age of 92 at the Carson Tahoe Hospital with her son and her daughter-in-law at her bedside.

Morene married Paul P. Simon in Long Beach, California on January 28, 1949. They had one son, Stephen R. Simon. Her husband bought his first truck in 1947 and thus started the family trucking business. The business (Simon Trucking, Inc.) based in southern California thrived over the years and grew to a fleet size of 175 pieces of equipment that employed 70 people. She actively worked in the business throughout its growth until the family sold the company in late 2005. In 2010, she moved to her final home in Gardnerville, Nevada where she lived by her son and daughter-in-law. At 80 years old she designed her own home and worked with an architect and a builder to have her home built on a beautiful 21-acre parcel.

Morene was a very caring woman and her philanthropy reached out to numerous organizations by supporting their research, aid to the ill and needy and victims of natural disasters.

She was an avid animal lover. In her late teens and early 20s she worked with horses in a riding academy. She always had either cats or dogs and generously helped support numerous animal rescue organizations on a regular basis.

She and her husband shared the love of camping, fishing and card playing. They played pinochle every Friday night for many years with their best friends, John and Evelyn Henson. Morene was on a bowling league with the same four women for well over 20 years.

Her family and friends will truly miss Morene and a family memorial will be held for her in July in southern California.

Morene will be put to rest next to her husband and mother at the Forest Lawn Cemetery in Cypress, California.