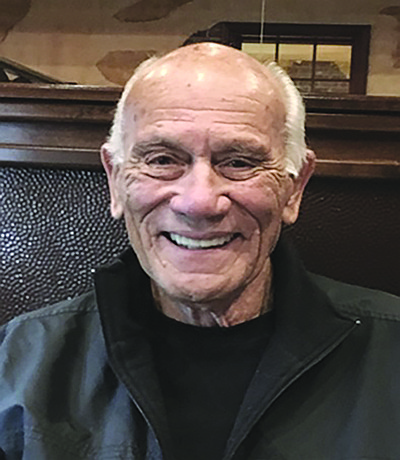 As the sun rose on October 21, 2021, Gary G. Williams bid adieu to his wife and three children in the family home.

Born May 24, 1941 in Honolulu, Hawaii to Orville and Helen Williams, Gary was nearby for the bombing of Pearl Harbor.

Leaving Hawaii as a child, Gary spent part of his youth in California. His life as a true Nevadan began in his final year of high school proudly graduating from Douglas High School in 1959. He never left the Hwy. 395 corridor moving to Carson City and finally Reno – making
memories and friends along the way. Gary culminated a long State of Nevada career retiring from the Department of Motor Vehicles & Public Safety as the Personnel Administrator in 1998. In 1960 he joined the National Guard, was immediately selected for Officer’s Candidate
School, and pursued his formal education simultaneously via Western Nevada Community College. In 1980 he retired as a Lieutenant Colonel after serving as the Battalion Commander in Elko. Gary was a natural athlete playing sports in high school and well into adulthood in
the Carson City area. He played softball and basketball on many city teams garnering championship trophies and recognition over the years.

Gary was a Catholic and founding member of St. Rose of Lima; he volunteered in various ministries over the years at the parish. A dedicated son, he traveled frequently to Hawaii to care for his mother following his father’s passing. Gary married Patty in 1982 and they filled
their life with love and laughter.

A wonderful father, he was always there for Marie, Elizabeth and Michael (Jennifer) for guidance and support. Gary was a caring grandfather to Ryan, Brandon, Natalie, Kayla, Alyssa and Garrett; and great-grandfather to Kaiyan. He was the fun brother-in-law
to Peggy, George, Jim, Kimberly, Mary and Dan and an admired uncle to Maura, Sean, Maureen, Teodora, Michael, Aaron, Michaela, Erin, Charlotte and Connor. Gary was predeceased by his nephew Christopher. Not to be forgotten he was a reliable and devoted friend to many.

Family gatherings, travel, golf and living life well were important. He celebrated his 80th birthday in May in true style wearing a Hawaiian lei and looking fabulous given his declining health. The July family reunion in California was his last trip, but he’ll be there next year in spirit. He’ll be cheering on his family members in all their endeavors – never to be forgotten.

He leaves behind his loving wife, Patty who remembers Gary excelled at being a good husband and the best father and role model for his children. Gary and Patty were among the luckiest of couples to have the time they had with each other – precious. His legacy is multi-
faceted and he leaves this world a better place for the beliefs he engendered in those who knew and loved him.

Visitation and a rosary will be from 5-7 pm Friday, November 12, both at the mortuary. Join us for a time to share stories about Gary. A Celebration of Life Mass will be held at 10:30 am on Saturday, November 13 at St. Rose of Lima Catholic Church, 100 Bishop Manogue Dr. with a reception to follow.