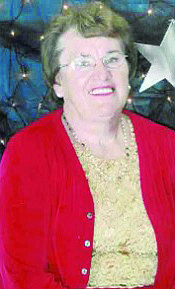 Gwendolyn Anne Smith Thacker, surrounded by several family members, returned to our father in heaven on September 26th, 2021. She was born on August 20th, 1943 in Buffalo, New York. At nine months old they moved to Reno, Nevada. A longtime resident of northern Nevada, she lived her life as an educator, avid horseman and lover of animals.

Services will be held at the Church of Jesus Christ of Latter-Day Saints West Stake Center on North 5th Street in Elko on October 9th, 2021 at 11:00 am. Viewing will be held at 10:00 am at the church.

If friends so desire, in lieu of flowers, donations can be made to the Nevada State High School Rodeo Association, Attn: Kathy Gonzales 9585 Zaring Ave, Winnemucca, NV 89445.

Arrangements are under the direction of The Gardens Funeral Home, 775-423-8928