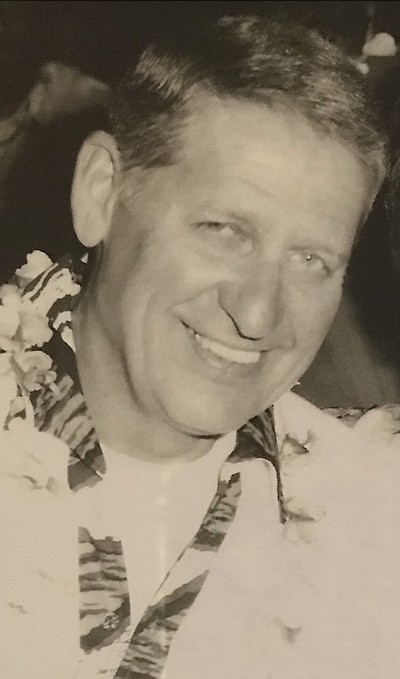 Robert Leroy Johnson was born to Andrew and Gertrude “Jennie” Johnson on January 8, 1925 in Chicago, Illinois. He passed quietly at home surrounded by loving family September 28, 2021.

His mother and he moved to Milwaukee, Wisconsin when he was a small child. As a young man he worked as a delivery boy for Western Union, then as a newspaper boy where he earned 2 cents for every paper sold. In early 1941, he was a member of The Civilian Conservation Corps which was a work relief program that gave millions of young men employment on environmental projects during the Great Depression. This organization had a military feel, and he enjoyed the structure that it offered, this would set him up for a future in the military. On July 9, 1941, at the age of 16 years old, Bob joined the Marine Corps after taking on another young man’s identity to be able to join, as he knew he was not heading in a good direction, he needed to make a positive move. He promised his mom once he was 18 years old, he would tell the Marine Corps his real identity, which he did. Bob was fortunate that the military was too busy with WWII to haggle over a young man’s way of escaping a life running the streets, with possibilities of mob connections. He attended boot camp in San Diego and by the Fall of 1941 was stationed in the North Island at a Naval Aviation Base. Bob then shipped out December of 1941 to the Wake Island to augment support for troops, until the Japanese took the Island, at which time American troops were repositioned to Midway. At Midway he was a “Pinkie” office clerk, until right before the battle of Midway, when he transferred to the Radio Department. On June 4, 1942, the Japanese attacked the Island in which the man who had taken Bob’s “Pinkie” position was killed in action. During the Battle of Midway, Bob was in a slip trench when a 500-pound bomb landed 200 yards away, he was then blown out of the trench landing on his back; for a couple hours he couldn’t even hear. Later that year he went back to Hawaii to help form a new squadron. In 1943 he transferred to American Samoan as a Communication Manager where he helped to establish telephone communication. In 1944 he was on the Salamone Islands at the Guadalcanal as an Aviator Radio Man. Between 1944-1945 Bob was a Staff Sargent in the Philippines while working in the technology field. On August 15, 1945, Bob was flying as an aviator tech with a general who was traveling to accept the surrender of the Japanese. In 1945-1946 Bob was stationed in Tsingtao, China where the U.S. Marines were ordered to participate in the occupation of certain areas of China primarily to assist Chiang Kai-shek’s government in the surrender and disarmament of Japanese troops. In 1946 Bob left the Marine Corps then he joined the LA Police Force, where he was a traffic officer. In 1946 Bob married Elaine Deeks and they had 3 children Ilyne, Martin and Georgia Sue. Between 1947-1949, Bob rejoined the Marines, out of Quantico, Virginia where he was honored for his service, and he got to choose to go to tech school where he attended Electronics school in Memphis, Tennessee and worked as a Radioman. In 1951 he was an Electronics tech during the Korean War. In 1953 Bob became a Master Sargent. In 1954 he became a Ground Control Tech, while still serving in the Marine Corps. In August of 1963, he retired from the Marine Corps after his last station in Yuma, Arizona. In 1963 Bob lived in Fallon, Nevada and he worked for Nevada Dept of Transportation as a surveyor. Then from 1963-1966 Bob lived in Reno, Nevada working for the highway department in communications.

While on a golfing date organized by friends, he met the love of his life, Ruth Cooper Watts, from Winnemucca, NV and on December 15, 1967 they were married in Carson City. This marriage gained him 3 daughters and later 3 granddaughters who have very fond memories of traveling with their grandparents and many wonderful family gatherings. Between 1967 and 1970 they lived between Las Vegas and Winnemucca while Bob continued to work in electronics field. In 1975, they moved to Sparks, Nevada where Bob worked for Lynch and during this time he built on his electronics ability, which would give him the training he needed to work on hospital equipment for Washoe Med between 1976-1994, where he was a Biomedical Electronics Specialist, after which he retired. He and Ruth would then move to Fallon to be near family.

He is preceded in death by his oldest daughter Ilyne Johnson and his wife of 47 years Ruth.

There will be a Celebration of Life at the Fallon Golf Course on April 16, 2022, from 10:00am to 1:00pm, followed by interment, for him and Ruth, at the Veterans Memorial in Fernley, NV.