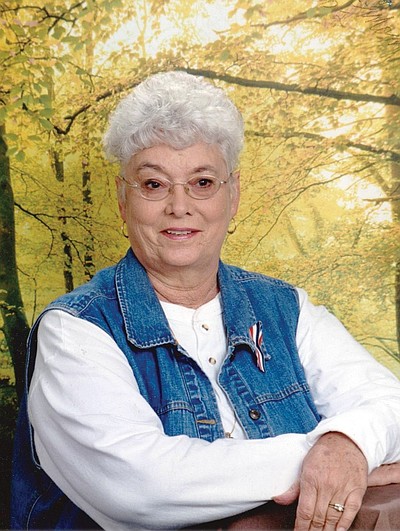 Norma Carol Taylor (89) passed away peacefully after a short illness on October 14, 2021 at Carson Tahoe Hospital in the presence of her family.

She was born Norma Carol Godman on August 22, 1932 in Meridian, Idaho to Mabel O. McMullen and Phillip L. Godman. She grew up on a farm and attended school in the Treasure Valley area. She quit school at age 15 to get a job but finished High School later on in life in Hacienda Heights, California.

Norma met her husband, Floyd R. Taylor on February 13, 1948, and they married 13 months and 13 days later on March 26, 1949 in Boise. They moved to Southern California in the late 1950s, and there were blessed with three daughters. The family moved to Carson City, Nevada in 1972, and soon welcomed their only son.

Norma was a homemaker, and in the late 1970’s it became necessary for her to get a job outside the home. She worked for the Carson City Schools as a bus driver, substitute driver, and driver trainer from 1977-2002, and played an instrumental part in the bus drivers getting credit in the Public Employees Retirement System for more of their working hours, including the extra time they worked field and sports trips.

She had many talents including cooking, sewing, embroidery, crochet, gardening, and had a beautiful soprano voice, participating in the Church choir, community choir, and solo performances. Norma was generous and kind, and had a deep and abiding faith, willingly forgiving all.

She was preceded in death by her parents, her husband, and her brother, Gerald Hunt.

A viewing will be held at 10am, followed by services on Tuesday, October 26, 2021 at 11:00 am at the Church of Jesus Christ of Latter-day Saints, 1331 McKay Dr, Carson City, NV. Interment will follow the service at Lone Mountain Cemetery, 1045 Beverly Drive, Carson City, NV.