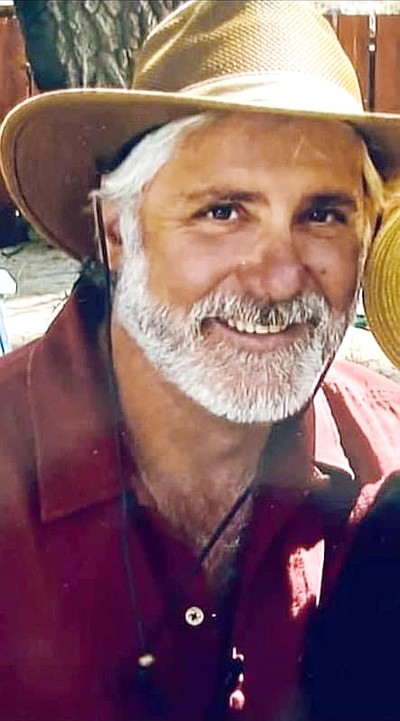 Mark left behind his loving wife of 17 years, Jo Versailles Stevens. His beautiful daughter Marisa Stevens, her sons Trevin and Landon. He will be greatly missed by his sister Leslie Stevens and her children Eric Wood and Erin Sherwood. He adored his stepchildren, Michael and Jennifer. He was gifted with 12 grandchildren.

Growing up, Mark’s family was extremely adventurous. Mark carried that adventuresome spirit with him throughout his whole life... He loved camping, fishing, cycling, hiking and the ocean... but most of all READING! From the time he learned who “Dick, Jane and Spot” were... His nose was always in a book! As his friends will attest, he was truly one of the most intelligent and gifted of men.

Mark moved from Whittier, California to Carson City,
Nevada in 1960 at the age of six. In 1964 the family moved to Minden, Nevada where he attended Douglas County schools, graduating from Douglas County High School in 1972.

Mark’s working life was mainly service... Most Carsonites will remember him behind the bar at the Ormsby House and years later as bar manager of the Gold Hill Hotel! However, up on occasion his adventuresome spirit would overtake him and off to the lakes and mountains he went. He was caretaker at Spooner Lake as well as Sardine Lakes, California for a few years. Commercial fishing was a family business and being able to lay quietly below deck and hear the whales sing was a major high point of his life.

Acting.... Singing... Directing... And writing for community theater was one of Mark’s additional gifts. He was definitely in his world in front of an audience! His beautiful singing voice would definitely give Dean Martin a run for his money!

There is so many great stories and wonderful antidotes about Mark’s life... We invite you to share them at his CELEBRATION OF LIFE!

All friends of MARK EDWARD STEVENS are invited to join us in celebration of Mark‘s incredible life on Sunday, October 31, 2021, at the Gold Hill Hotel between 2 PM and 5 PM. HALLOWEEN was Mark‘s all-time favorite holiday! It is serendipitous to all of us who know him that we should celebrate his life on his favorite day. To honor him and give him Heavenly giggles, we ask that you
PLEASE COME IN COSTUME!