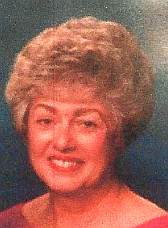 Brynn was born in New Orleans, LA to Hobart Ryan and Mary Smith.

She graduated high school from Armijo High School in Fairfield, CA. Brynn moved with her two children to South Lake Tahoe in 1969 where she was employed as a bank teller and worked for CP National Gas Company. She moved to Dayton, Nevada in 1988 where she enjoyed working on her five-acre parcel.

She was most proud of her employment when she worked for the Lyon County Sheriff’s Office as a Senior Admin Clerk until her retirement in 2008.

She is preceded in death by her parents.

She is survived by her daughter, Dina King of Reno, son, Dave Dawley (Kimberly) of Carson City, and her five grandchildren. She is also survived by her two sisters, Bobbie Mekvold and Patricia Elst of Oregon and numerous nieces and nephews.

Per her request, there will be no funeral services.