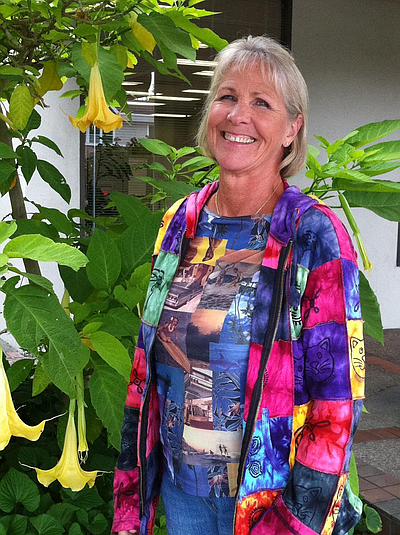 It is with tremendous sorrow we announce the passing of our beloved mom, Grammy, sister, aunt, cousin, and friend. Gloria was a fierce woman and passed away on March 8, 2022 at the age of 67 after a courageous battle with cancer, surrounded by loved ones who will continue to honor her legacy by living their lives to the fullest.

Gloria Wulfing Hooper was born to Robert and Patsy Alexander in Fresno, California on Easter morning April 18, 1954. She grew up in the Santa Cruz mountains where she loved tattling on her siblings and cousins more than anything. There she met her husband, William George Wulfing. Together they had four children: Kristina, Alan, Patricia /Scooter, and Wade.

She later went on to marry Curt Hooper where she enjoyed riding Harley Davidson’s, wine tasting, traveling to Mexico, making holiday baskets, and she worked for the State of Nevada, Department of Transportation.

You may have known “Glo” when she worked at the Pipeline bartending. She was always quick to greet you with a smile, beer or margarita, and a $1 taco. Gloria always enjoyed hosting a good party.

Family was everything to Gloria. She especially loved spending time with her grandkids and most looked forward to family gatherings whether it was Sundays or on the beaches in Hawaii or Mexico.

She prided herself on being a devoted wife, mother, daughter, sister, auntie, friend, and Grammy. Gloria was the epitome of selflessness. She went and saw her mom every day prior to her mom’s passing.

A legacy of Gloria’s life will live on with family and friends. She may be gone now but will not be forgotten. Everyone Gloria knew are blessed to have personal, exceptional memories with her. She will forever be in our hearts. She is survived by sisters, Dee (Tom), Peggy (Mike), and Carol; brother, Bobby (Leslie); daughters, Kristina, Patricia/Scooter (Vance); Son, Wade (Cyndi); adorable grandchildren, Katlyn (Lewis), Alayna, Gracie, Taylor, Allyson, Wyatt, Jack, Krystina, John, Jayson, and several nieces, nephews, and cousins. Gloria was preceded in death by her son, Alan; parents Robert Alexander and Patsy Besio; and husbands Curt Hooper and George Wulfing.

Gloria’s Celebration of Life Party is set for May 7, 2022, 2:00-6:00 PM at Genoa Town Hall, Genoa, Nevada. Any contributions to carry on her legacy should be made to the JW House at Stanford, California.