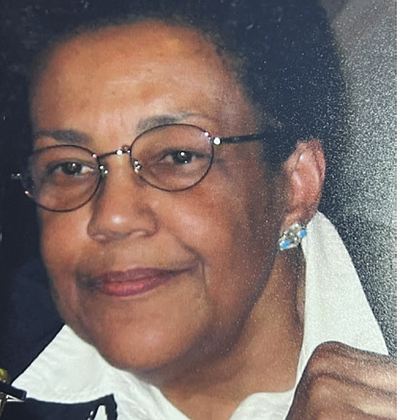 JoEtta Deloise Brown (maiden name – Britton) died peacefully on August 13, 2022, following complications of a stroke. JoEtta was a long-time resident of the Gardnerville/Minden area where she and her predeceased husband, James Brown, retired in 2001.

JoEtta was very active in her community serving on the Douglas County Planning Commission for 12 years, including as Chair; serving as an Executive Vice President for the National Alliance for Retired Americans; serving as a Commissioner and Chair of the Nevada Commission for Women, appointed by Governor Sisolak; serving as Treasurer and frequent lecturer at St. Gall Catholic Church in Gardnerville, NV, board member of the Nevada Family Support Council of Douglas County; and strong volunteer of the Douglas County Democrats, including running for Nevada State Assembly District 39 on two occasions and being appointed as a Nevada Democratic Elector for the 2016 and 2020 US Presidential Elections.

Prior to her arrival in Nevada, JoEtta lived in Southern California where she raised, with her husband, four children. She worked 30 years for American Savings Bank, starting as a part-time teller, and retiring as a Vice-President. During her tenure at American Savings, she was a strong advocate for equal pay for woman and affordable housing for all. She was called upon to testify before the US Congress regarding affordable housing and urban development. She also received numerous awards and recognition for her tireless service to the City and County of Los Angeles, including being appointed to the Mayor’s Council by then Mayor Tom Bradley. She was also active in Soroptimist International of the Americas, Desert Coast Region, including serving as its Governor and in Olive Crest, a national organization helping victims of child abuse.

Some of the many awards and recognition that JoEtta received were: Official Seal to the City of Los Angeles from City Council for Community Service; the Olive Crest Leadership Award; the American Dream Coalition Award for Affordable Housing; the Girl Scouts Badge of Honor; and the Los Angeles African American Women Political Action Committee’s Maggie L. Walker Woman of the Year Award.

JoEtta was predeceased by her husband James Brown and her son Kyle Brown.

She is survived by her daughters, Sharon Saikali, Angela Brown Bonifacie and Aunita Brown; her grandchildren Alexander Brown, Arlene Brown, Kyle Jr. Brown, Vernice Brown, Pascal Bonifacie and Adam Saikali; her son-in-law Nick Saikali; her brother-in-law and wife Anthony and Cin Hollins and their family; and countless friends who she considered family as well.

JoEtta may you rest in peace!