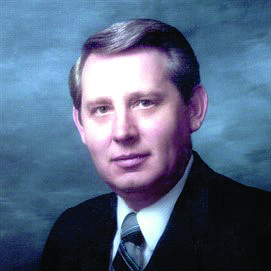 He was born on January 13, 1939 to Weldon M. McAdoo and Helen M. (Maggard) McAdoo in Tucumcari, New Mexico. Glen spent his childhood in Oil Trough, Arkansas, then moved to South Gate, California where he graduated from high school. He married shortly afterwards to Wanda Apocada and in 1964, Glen married Lynnette outh. Together, they raised their five
children. His entire working career was spent at Coca-Cola USA, retiring after 34 years of dedication. While living in Simi Valley, California, he served as Planning Commissioner and also a City Counselman. He retired to Fallon, Nevada where he wrote a column for Lahontan
Valley News for many years, called I Was Just Thinkin’. Glen was a loving husband, dad, grandfather, great-grandfather, brother, uncle, and friend. He will be missed dearly by those who knew and loved him.

A funeral service will be held at 2:00 p.m., Friday, December 31, 2021 at Turrentine-Jackson-Morrow Funeral Home Chapel, 2525 Central Expressway North, Allen, Texas 75013. The service will also be live streamed at TJMfuneral.com on Glen’s obituary page by clicking on the following link: After the service, the recorded live stream will be available for viewing at the same link location. Following the service, a procession will make its way to Ridgeview Memorial Park for a committal service.

The family will receive family and friends during a visitation on Friday afternoon one hour prior to the service at the funeral home.