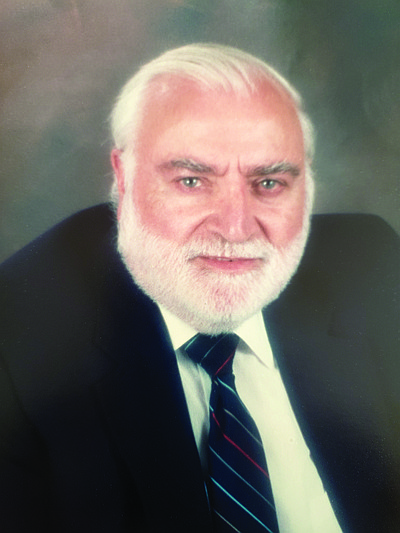 Harry Chalekian, age 91, of Carson City passed away at home after a long and honorable life well lived. Born to Gulbank and Armenuhe Chalekian, Harry joined the ROTC and became a 1st Lieutenant in the U.S. Army Signal Corps stationed in Frankfurt Germany where he traveled around Europe with his former wife. Returning stateside, they raised two children, Paul Chalekian and Jody (Bryon) Spencer. Harry later married the late Arlene Butterworth in 1984. He has two stepsons, the late John Butterworth and Todd (Kellie) Butterworth of Carson City. Harry is survived by his children Paul, Jody and Todd along with a host of loving friends and extended family. He was preceded in death by his parents, his wife Arlene and son John Butterworth, sister Cetina Nahabedian and two brothers Jack and Jim Chalekian.

In the Army, his career started in secretive cryptography. Based on his collegiate studies of mathematics, he managed a strategic Cold War unit. In the ‘60s and ‘70s, he was on the cutting edge of data processing while working as a systems analyst and manager at Western Publishing (now Mattel). Instead of following the trend, his team made non-standard systems work, including early telecommunication links from corporate headquarters to their remote warehouses, including Sparks, NV. Later, he moved to Carson City and worked as an IT manager for the State of Nevada and, in his retirement, he tutored visually impaired people on computer capabilities.

He lived in Carson City for 40 years and considered it home. During his more recent years his son Paul cared for him as Harry’s health diminished. His family sincerely appreciates the help he received from A-Plus Hospice.

Harry’s favorite goal was to travel and he has been to every continent. He was a loyal friend and a father-figure to many. He is dearly loved and his bright eyes, gentle voice and easygoing manner will be missed.

Harry’s memorial service will be held out of state, but donations can be made to Care Chest of Nevada.