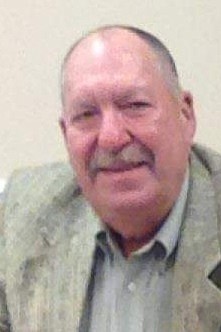 Mike was born in Merced, CA and raised in Stockton.He attended local schools, graduating from Stagg High School in 1963. After attending Delta College, he went into the Navy and became an aircrewman in P-3 Orion land based patrol aircraft, stationed in Hawaii. During a deployment period, Mike flew out of various bases, in and around Vietnam.

Mike is pre-deceased by his wife of 49 years, Kathleen, his mother and father, Anna and H. Claude Tremaine. Also his two sisters, Claudia Madrid and Beth Davis. He also lost a granddaughter, Courtney Tremaine.

Mike was married to his high school sweetheart for 49 years. He is survived by his son, Michael Jr. and grandchildren, Taylor, Allison and Kimberly and his daughter, Kimberley and grandchildren, Ryan, Brandon and Heather. He is also survived by numerous cousins,
nieces and nephews. Deegan Funeral Chapel is honored to serve the Tremaine family.

A memorial service is scheduled for Friday, June 10th at 11:00 AM at Deegan Ripon Memorial Chapel.