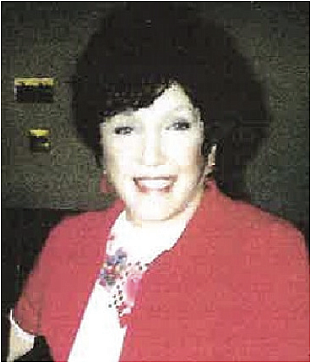 Dixie Lee Carolyn Swearingen, age 86, passed away peacefully with her husband Keith by her side at their home in Carson City, NV, due to cancer.

Dixie was born in Newport Beach, California, January 6, 1936 to Harold and Betty Hall. She was a graduate of Harbor High then attended Anaheim Community College and studied title and escrow business and later graduated from The University of Nevada Reno with a BA in business administration.

She met and married Henry (Bud) Harris in 1953 and had two children, Bradley and Sandra. Her husband Bud passed away in 1993.

Dixie and her family moved from Southern CA in 1972 to Incline Village, Nevada to take a job with Lawyers Title. A year later they moved to Gardnerville, Nevada and Dixie took a job with Western Title in Minden, Nevada.

Dixie was in the escrow and title business for 35 years and became country manager of Douglas County then the vice president of Western Title and retired in 1996.

She met Keith Swearingen of Gardnerville in 1996 and they married in 1997. Keith is retired from 20 years of service in the US Navy and retired from the State of Nevada correction Department with the position of Personnel Office III.

Dixie loved golfing and traveling. Dixie and Keith made 20 cruises seeing much of the world and a trip to China. They also toured the USA in their motor home.

She was preceded in death by her parents Harold and Betty Hall, her brother Leonard Hall, sister Judy Mills, son Bradley Harris, and grandson Justin Harris.

There will be a private celebration of life at a later date. In lieu of flowers, the family request that you donate to the American Cancer Society.