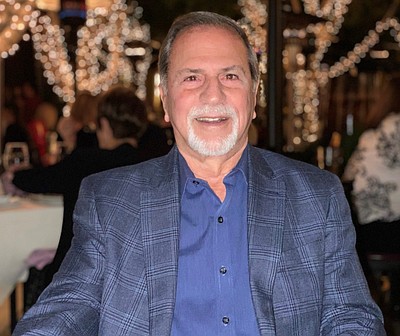 Roger Lewis Shaheen was born Jan 6, 1942, in Oakland CA to Fred and Leone Shaheen, and passed to his new life on May 17, 2022, wrapped in the loving arms of Jesus and surrounded by his family.

He is predeceased by his loving wife and soulmate of over fifty years, Julie Ann Shaheen.

In 1964, at the age of twenty-two, Roger began his career in land development in the Bay Area. Over the next several years Roger would go on to develop buildings and business parks in Oakland, San Leandro and Livermore, California.

In 1972, Roger and Julie left the Bay Area searching for an area to raise their boys. They settled in Carson City where they quickly established roots and became part of the community. Roger continued his development activity completing his first office building complex in Carson City in 1975 on Northgate Lane. He would later go on to develop office building complexes on Fairview Drive and Nye Lane.

In the 1980s Roger began buying property on the North end of Carson City along Old Hot Springs Rd and what is now College Parkway. He continued his land development, creating the Parkway Business Park where he built several office, commercial, retail and warehouse buildings. Roger became the largest developer of private office space in Carson City leasing to State of Nevada agencies such as; the Gaming Control Board, The Department of Taxation, Parole and Probation, and The State Industrial Insurance System (now the Employers Insurance Company of Nevada).

For many years Roger and Julie enjoyed spending time in their motorhome exploring the Sierra mountains and lakes. In 1999 Roger found 450 acres of forested land in the Lake Almanor basin, envisioning a beautiful mountain retreat. Over the next twenty years he would go on to create the Foxwood Lake Almanor development. Foxwood encompassed several hundred homesites, parks, walking trails, tennis courts and entertaining facilities where families and friends can gather to enjoy each other.

Roger enjoyed many outdoor activities, especially water skiing, snow skiing, and tennis. He hated golf; the game drove him crazy. His true passion was traveling the country in his RV. In 1970 Roger and Julie bought their first motorhome and promptly set out on a 5000-mile round-trip drive from San Leandro, California to Juno, Alaska. Both were hooked on the motorhome lifestyle and spent the next forty plus years traversing the United States from Southern California to Key West Florida, to the coast of Maine and the Islands of Washington State, and everywhere in between. Roger and Julie saw the country from the ground and loved every minute of it.

Always the developer, Roger bought forty acres of land adjacent to the Carson Hot Springs where he had planned to develop a 270 site first class RV resort. His instincts told him there was a demand for this type of development in Northern Nevada. Unfortunately, time ran out.

Roger was also a snowbird. A lover of the Southern California desert, he spent a great deal of time during the winters in La Quinta. He loved the desert lifestyle and developed several custom homes during his time there. He and Julie, and later Marlene, had many friends and relationships in La Quinta, and really enjoyed the winters there.

Roger was deeply committed to his faith and his spirituality. He kept that side of himself close and private, but freely shared it with his family and close friends. He and Julie spend many years closely connected to the St. Teresa Catholic Community in Carson City, where he served as a eucharistic minister. As the parish grew and the need for a larger church became necessary, Roger and Julie quietly donated the land where St. Teresa of Avila now stands. Being an active part of the Lake Almanor community, Roger and Julie also wished to make a meaningful impact and donated land from the Foxwood development. Today, Our Lady of the Snows Catholic Church now services that community. Roger freely gave to anyone or any organization who needed help. He deeply understood the significance of his talents and felt a responsibility to help as many as he could through his good fortune. As a man he believed that you should never give to receive something in return, but to always give from the heart. He believed and lived that principle every day of his life.

Roger made a huge impact in the lives of his family, friends, and community. He was always honest, fair, and true. He wore a size nine shoe and with it he walked a life that leaves a huge footprint upon the world he has left behind.