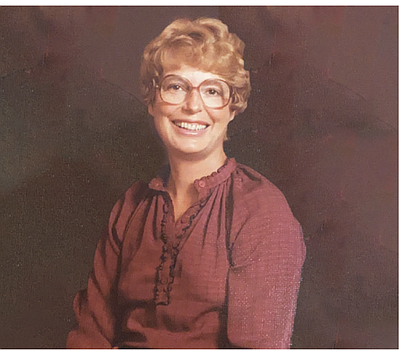 Bonnie, 83, passed on the 21st of August. She died peacefully in her sleep, with her husband and family at her side. Bonnie had been beating back cancer for a couple years and died of complicating conditions from an immune system worn out from fighting. A mover and doer
her entire life, it was only in the last couple months where she gave herself a break to rest.

Born in Iron River, Michigan, Bonnie grew up there for her entire childhood. The child of Scandinavians, Mildred and Hardvik Hookanson, she was in the middle with two sisters that she adored. The great outdoors, bracing winters, and determined mosquitos of the Upper
Peninsula imparted a strength and courage to strike out on new adventures. “Oh, what the heck, let’s do it” was her go-to refrain.

First adventure on deck was St Luke’s School of Nursing in Marquette. The second followed shortly after when she met her husband Bud in Houghton. Together they embarked on the next adventure with the US Air Force – living in Puerto Rico, Indiana, Las Vegas, England,
California, and DC ... somehow making it fun and look easy while raising 4 amazing children.

As the children left the house, Bonnie and Bud found their way to Carson City, Nevada where she lived for the remaining 25 years – creating a new vibrant community of friends. She volunteered as a friend of the Nevada State Museum and enjoyed the high desert, Sand Harbor, and no mosquitos.

Bonnie successfully raised a tight knit, close family. Family gatherings were a milieu of people running in 18 different directions, talking about the next meal, finding ways to get in trouble, and all held together by her love (and force of will). Bonnie found ways to make those
around her feel special and deeply loved – being the one who remembered your birthday, sending colorful Valentine’s Day cookies, creating a beautiful and peaceful home.

Never afraid to challenge and push them to be better, she showed her love through loyalty, care, and sacrifice. Bonnie was a role model in grit and determination. Fighting until the end, she is deeply missed.

In lieu of flowers, the family asks that donations be made to two organizations close to her heart – the Friends of the Nevada State Museum or the Sierra Club