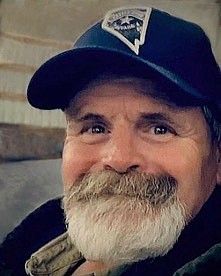 Chris lived with his family in Redwood City until the late 1960’s when they first moved to Zephyr Cove, Nevada, then eventually to Carson City in 1971, where he lived out his life. As the eldest “Beattie Boy”, he actively participated & excelled in many sports throughout his school years including baseball, soccer, wrestling, skiing & football. His football career was cut short when he became a below-knee amputee at age 18. However, as a talented & determined amputee he adapted and continued in sports as a league softball player, a youth soccer coach & most notably as a championship skier (1 ski, 2 poles). In 2002 he was honored to run in the winter Olympic Torch Relay through Carson City.

Raised as a hard worker and being a quick learner, Chris became a Master Fabricator, working on classic cars for Harrah’s Automobile Collection and a welder at Paughco, Inc., making motorcycle parts. However, his true calling came when Chris turned his attention to helping the amputee community and became a noted prosthetist/fabricator. Over the years, he helped countless amputees from all over the country, young & old. And, during this time he became well-known as the prosthetist who could build well-fitting, comfortable prostheses for even the most difficult amputations. He was definitely an inspiration to all his patients, who truly loved & admired him throughout his career.

Not to be one to miss out on life, Chris actively pursued his many interests. He loved the outdoors and adventure. He enjoyed water skiing, snow skiing, camping with family & friends, and was an avid fisherman. As many know, he never missed an opportunity to ride his motorcycles. Whether taking off on a short putt or on long rides, traveling to Sturgis with his brother Bob, touring numerous national parks or taking weeks-long trips with fellow travelers Celia, Bob & their riding buddies, he cherished the freedom & the wind in his face. Chris prided himself on living “All Out”.

He will be missed by many for his quick smile, wicked sense of humor and zest for life.

A Celebration of Life is planned for October 1, 2022 at The Timbers in Carson City, Nevada starting at 2:00 p.m.