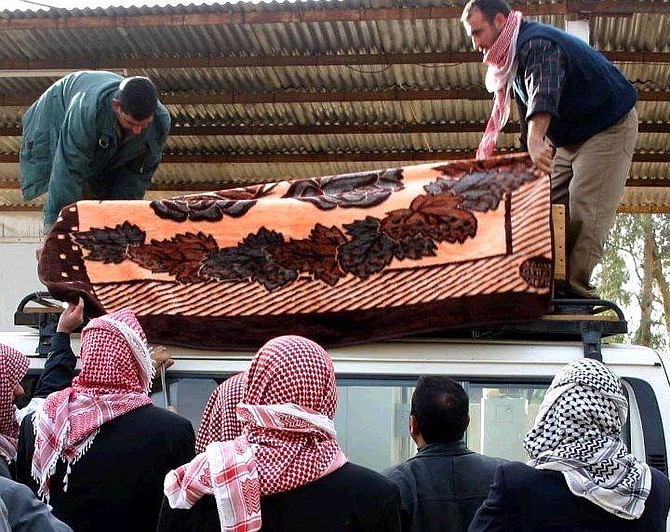 People load coffin with remains of Sheik Ghalib Ali al-Zuhairi on top of the van outside Baqouba hospital Tuesday Nov. 23 2004. Al-Zuhairi was a member of the Association of Muslim Scholars, an influential Sunni clerics group that has spoken out against nationwide elections to be held Jan. 30 2005. Al Zuhairi was killed by unknown assailants in Muqdadiyah near Barbouba earlier Tuesday.(AP Photo/Mohammed Adnan) 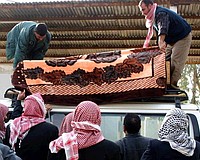