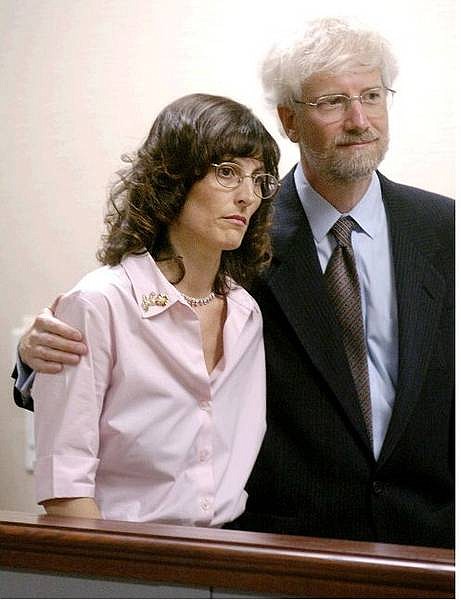 ** FILE ** Angel McClary Raich, left, and her husband attorney Rob Raich listen during a news conference in Oakland, Calif. in this June 28, 2004 file photo. Raich, the mother of two, tried dozens of prescriptions, trying to ease the pain of her brain tumor and other illnesses before she tried marijuana. The U.S. Supreme Court is scheduled to hear arguments Monday, Nov. 29, 2004 whether the support of her doctor - and California law - is enough to protect her from federal law. (AP Photo/Noah Berger, File) 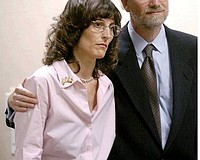