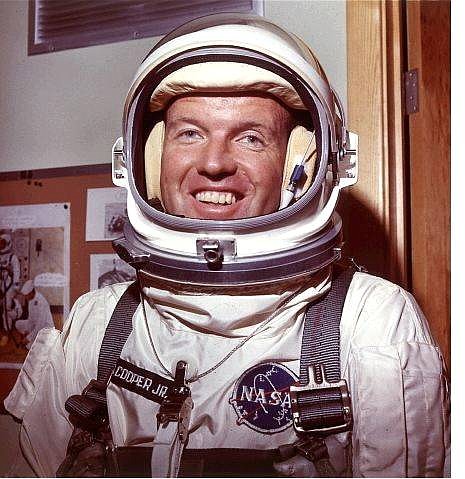 Astronaut Gordon Cooper is shown in his space suit, in this July 1965, file photo. Cooper, one of the original Mercury astronauts who were pioneers in human space exploration, has died. He was 77. Cooper died Monday, Oct. 4, 2004, at his home in Ventura, NASA officials said in a statement. AP Photo/File 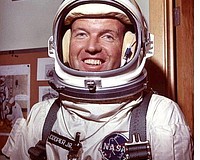