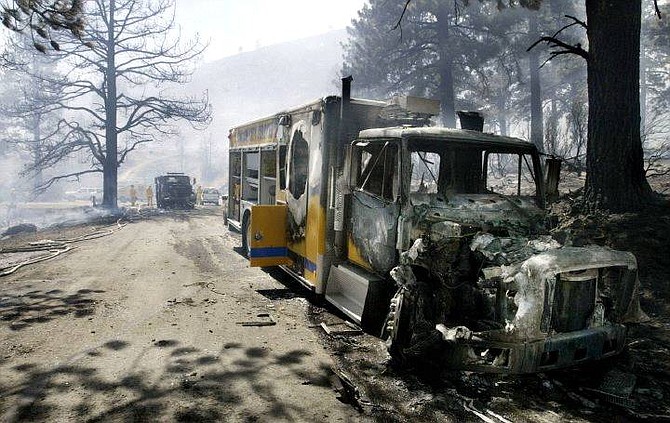 Cathleen Allison/Nevada Appeal A burned-out fire truck is shown on Kings Canyon Road after the Waterfall fire in Carson City in this July 14 photo. A highly-critical report issued Wednesday on the fire cited inadequate briefings, radio problems, &#039;freelancing&#039; supervisors and confusion over who was in charge, that led to 21 firefighters being trapped and two people burned by the wildfire. 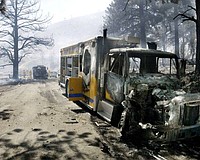 Report: Many errors in Waterfall fire