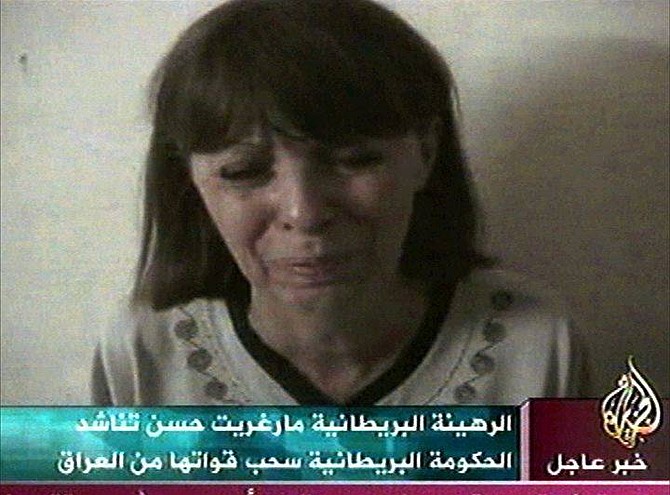 Margaret Hassan, the kidnapped director of CARE International in Iraq, appears in this image made from television in a videotape aired by the Arabic television station Al-Jazeera, Friday, Oct. 22, 2004. Hassan is seen weeping and pleading for British Prime Minister Tony Blair to withdraw troops from Iraq and not bring them to Baghdad because this might be my last hours. She said she might be killed like British hostage Kenneth Bigley, who was beheaded by his captors earlier this month. (AP Photo/Al-Jazzera via APTN) ** TV OUT ** 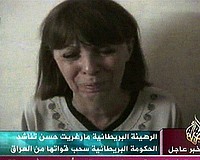 Abducted CARE director pleads for her life in video