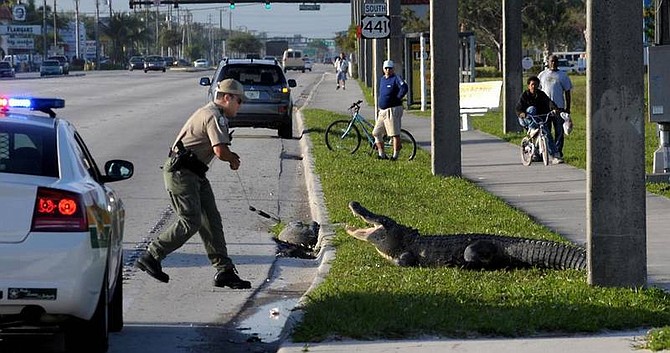 AP Photo/South Florida Sun-Sentinel, Lou TomanA Florida State Wildlife Officer tries to lasso a 9.5-foot alligator which was found along a highway in North Lauderdale, Fla., during morning rush hour, Tuesday, April 1, 2008. A trapper captured the animal later, and it will be &quot;harvested,&quot; according to the Fish and Wildlife Commission. 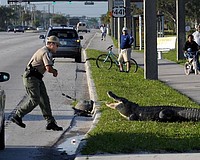