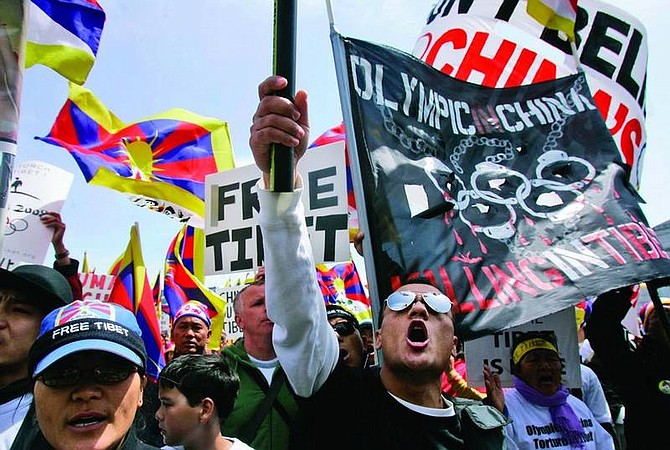 Tibetans and supporters yell at a rally in protest of China&#039;s Olympic torch at City Hall in San Francisco, April 8, 2008. Activists opposing China&#039;s human rights policies and a recent crackdown on Tibet have been protesting along the torch&#039;s 85,000-mile route since the start of the flame&#039;s odyssey from Ancient Olympia in Greece to Beijing, host of the 2008 Summer Olympics. (AP Photo/Jeff Chiu) 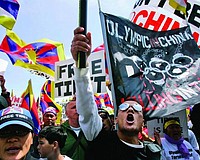