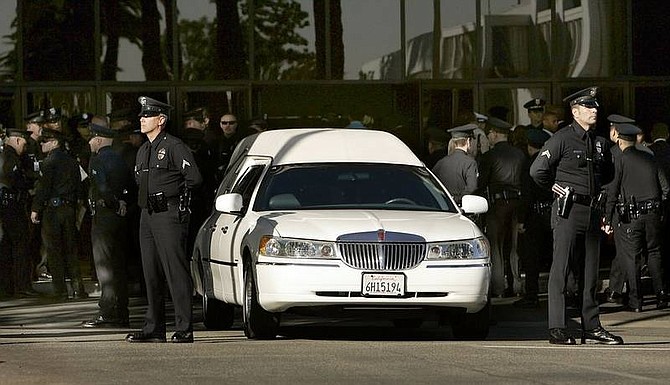 AP Photo/Al SeibA hearse carrying the body of slain SWAT team member Randal Simmons, killed in a raid on a gunman&#039;s house Feb. 7, arrives at the Crenshaw Center Faith Dome Friday in Los Angeles. Simmons was the LAPD&#039;s first SWAT officer to die in the line of duty since the unit was formed in 1967. He had been with the elite unit for 20 years and was the group&#039;s second-highest ranking member. 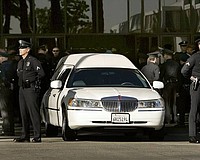