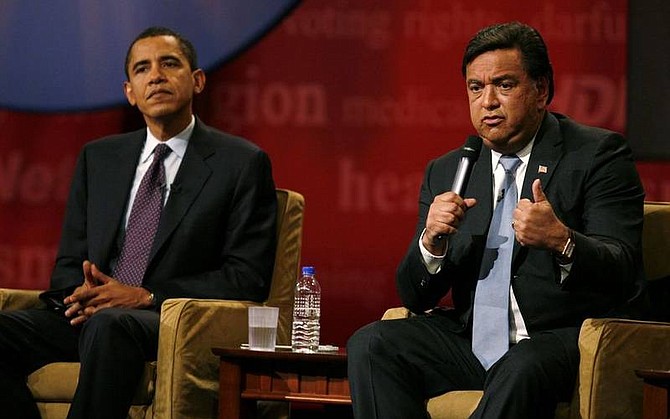 AP File Photo/Charlie NeibergallNew Mexico Gov. Bill Richardson, right, speaks during the Brown &amp; Black Forum as fellow hopeful, Sen. Barack Obama, D-Ill., looks on in this file photo. New Mexico Gov. Bill Richardson, the nation&#039;s only Hispanic governor, is endorsing Sen. Barack Obama for president, calling him a &quot;once-in-a- lifetime leader&quot; who can unite the nation and restore America&#039;s international leadership. Richardson, who dropped out of the Democratic race in January, is to appear with Obama today at a campaign event in Portland, Ore., The Associated Press has learned. 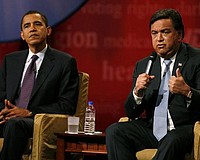