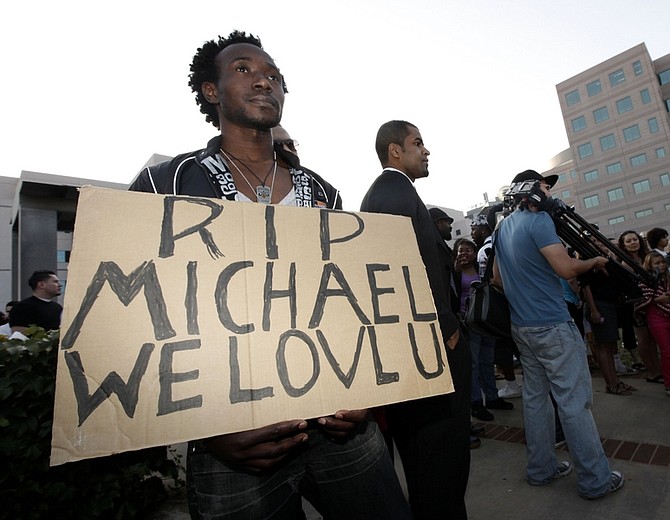 Orock Orock holds a sign outside the UCLA Medical Center, where entertainer Michael Jackson was taken, in Los Angeles, Thursday, June 25, 2009. Jackson, the sensationally gifted child star who rose to become the &quot;King of Pop&quot; and the biggest celebrity in the world only to fall from his throne in a freakish series of scandals, died Thursday. He was 50. (AP Photo/Matt Sayles) 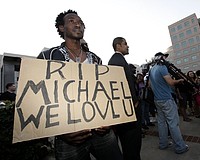