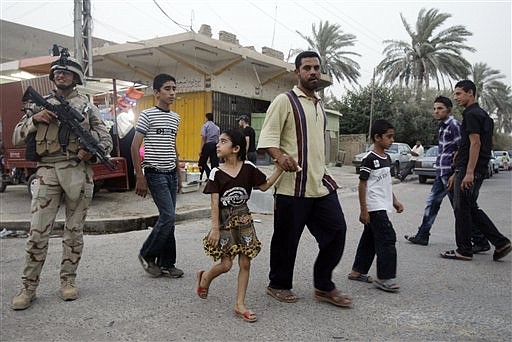 In this photo taken Monday, June 22, 2009, an Iraqi Army soldier stands guard in Baghdad. U.S. troops will be out of Iraqi cities by Tuesday in the first step toward winding down the American war effort by the end of 2011. (AP Photo/Khalid Mohammed) 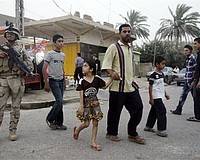 US withdraws from Iraqi cities despite violence