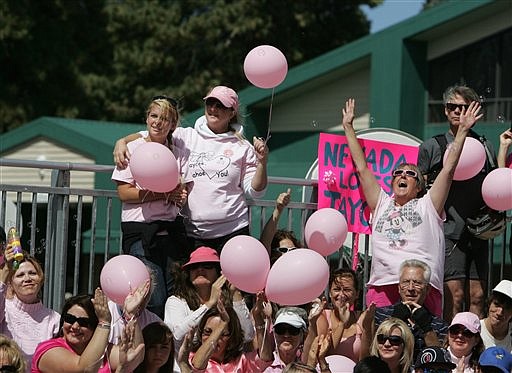 Jennifer Breiling puts her arm around her daughter Kylie Hess, 15, of Vacaville, Calif., at South Lake Tahoe middle school on Sunday, Sept. 6, 2009, in South Lake, Tahoe, Calif., during a ceremony after a parade that followed the reverse route of a march held on the 10th anniversary of Jaycee Lee Dugard&#039;s abduction from a school bus stop. Dugard turned up at a Concord, Calif., police station on Aug. 26, 2009, after being abducted in 1991 at age 11. (AP Photo/Brad Horn) 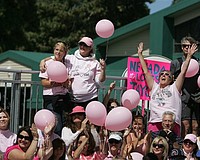 About 2,000 turn out for parade for Jaycee Lee Dugard