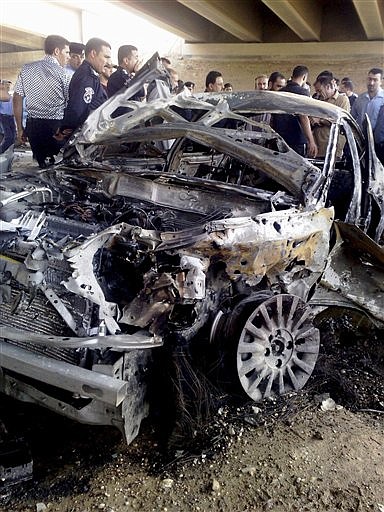 People gather around a destroyed car after a suicide car bomber targeted a checkpoint in Ramadi, 115 kilometers (70 miles) west of Baghdad, Iraq, Monday, Sept. 7, 2009. The car exploded as vehicles were waiting to be inspected before crossing a bridge near the provincial capital of Ramadi, a police officer said. The dead included three police officers; the others were civilians, police said. (AP Photo) 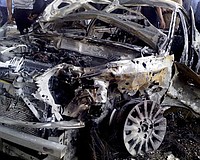 Bombers kill at least 17 in Iraq