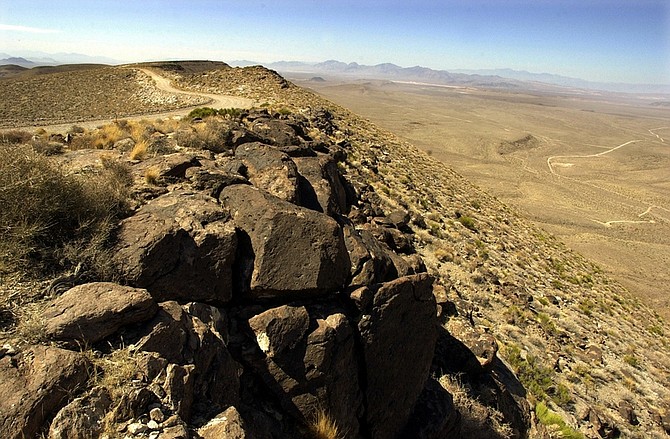 ** FILE ** In this June 25, 2002 file photo, the view from the summit ridge of the proposed Yucca Mountain nuclear waste dump near Mercury, Nev.,looking west towards California. For two decades, a ridge of volcanic rock 90 miles northwest of Las Vegas known as Yucca Mountain has been the sole focus of government plans to store highly radioactive nuclear waste. Thursday, Energy Secretary Steven Chu told a Senate hearing that the Yucca Mountain site no longer was viewed as an option for storing reactor waste, brushing aside criticism from several Republican lawmakers. (AP Photo/Joe Cavaretta, File)