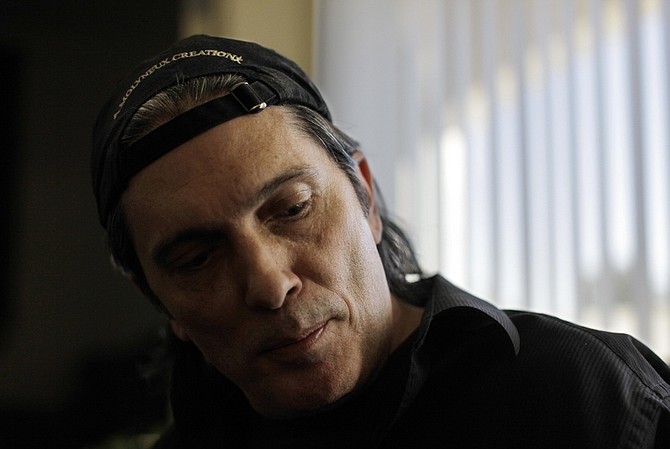 In this Friday, Jan. 21, 2011 picture, unemployed bartender Bud Meyers talks about being not having any work in his apartment in Las Vegas. More than two years after Meyers lost his job as a Las Vegas Strip bartender and nearly eight months after he exhausted his unemployment benefits, the 55-year-old is certain he will soon be homeless. He is among a growing number of people who no longer qualify for unemployment benefits because they have been out of work for so long. (AP Photo/Julie Jacobson) 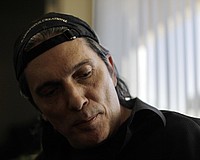