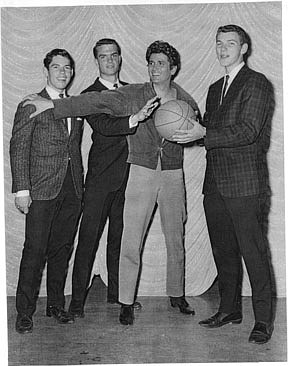 Courtesy of Fourth Ward School Museum/Virginia CitMichael Landon was in Reno in 1964 to pick up his &quot;Silver Spur Award.&quot; Founded in 1949 and sponsored by the Reno Chamber of Commerce, the award was given annually to a film star who best kept the western spirit alive. Here to congratulate Landon are Virginia City High School basketball stars: Tom Berry, Larry Etter and Rollie Hess. 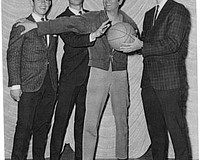