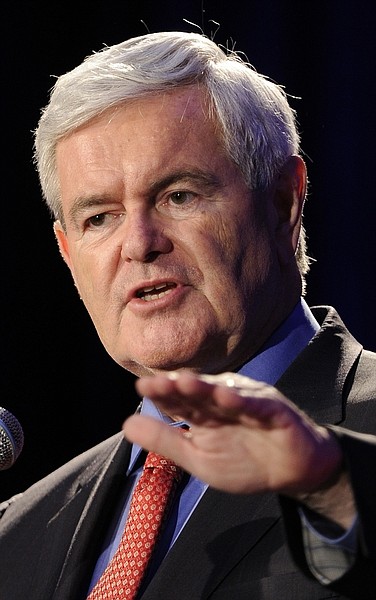 IN this May 13, 2011, photo, Newt Gingrich speaks to the Georgia Republican Party in Macon, Ga. An official presidential candidate for less than a week, Gingrich already finds himself in hot water with conservatives for suggesting he supports health care mandates while at the same time deriding a Republican budget proposal that would replace Medicare with vouchers. (AP Photo/John Amis) 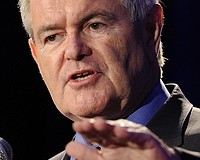