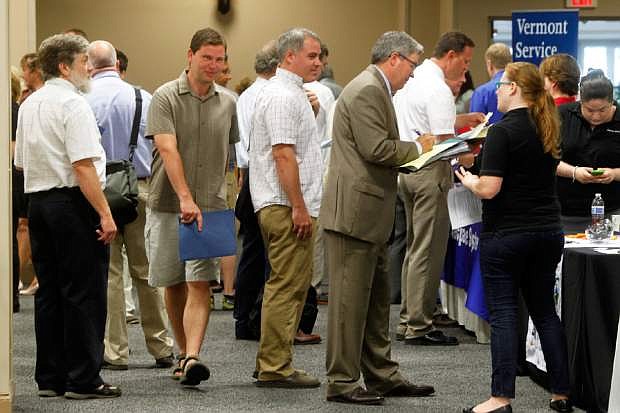 FILE - This July 15, 2013 photo, people line up at the job fair in South Burlington, Vt. The 162,000 jobs the economy added in July were a disappointment. The quality of the jobs was even worse. A disproportionate number of the added jobs were part-time or low-paying, or both. Part-time work accounted for more than 65 percent of the positions employers added in July. Low-paying retailers, restaurants and bars supplied more than half July&#039;s job gain. (AP Photo/Toby Talbot) 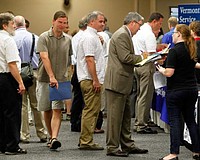